filth and squalor and dirty bras.

So, yeah. I'm going to just start blogging again as if I haven't been mysteriously absent for five long months, during which time I didn't really accomplish anything remarkable or improve the world or even my life in any substantial way. My life, you see, is like a stained brassiere discarded in a dark alleyway. Who would ever dare to pick it up or move it? If anything, it's gotten crustier and become a more intrinsic part of the scenery over time. That's me. The dirty bra. Or no. In this metaphor, I guess I'm the person who wears the dirty bra. Or maybe I'm the dark alleyway. In any case, it's a comparison best left unanalyzed.

I have a particular fascination with filth. (Who doesn't? you ask. Why preach to the choir?) For instance, I love (artful) photography of urban and suburban squalor. The vivid sense of abandonment and disuse captured in these photos transcends the mere rust and detritus and discoloration; what these pictures really 'say' can be read in what is absent: the activity, the functionality ... the ever-present potentiality of objects and human beings interacting together. A photograph locks the elusive present into a strained immobility; even if it's a still-life, we sense the extension of the persons and objects into time and space. I suppose photographs are a lot like speeding trucks that have suddenly screeched to a  halt. We can still feel the residual momentum in our bones. The truck wants to move so badly that we almost move on behalf of it. Our imagination is the proxy. 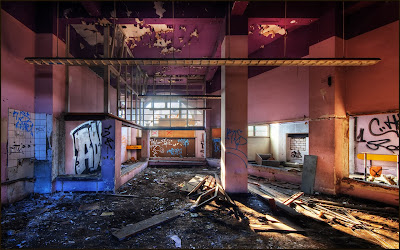 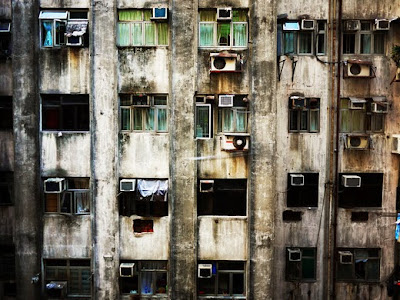 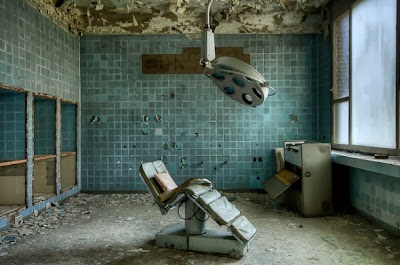 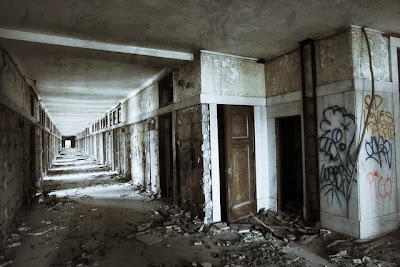 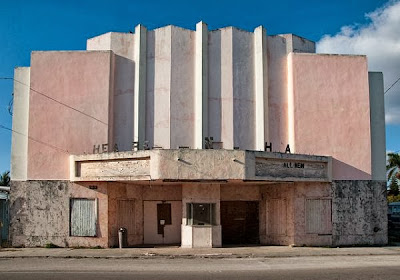 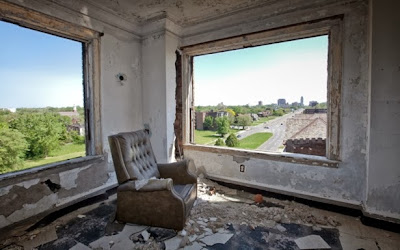 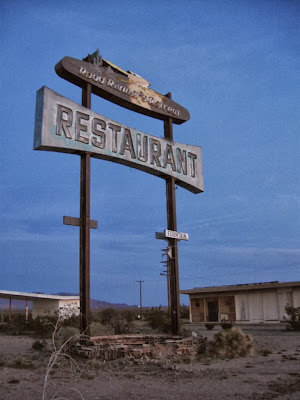 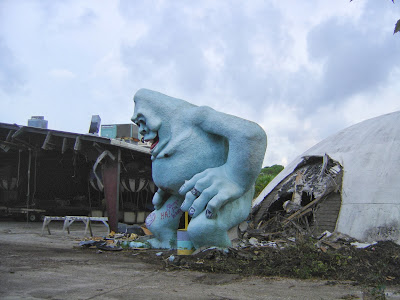 When we see spaces and landscapes like these—and I mean really see them, not just assimilate them as more useless noise in our sightline—we see the places that weren't meant to be seen. We are looking at the party after all the guests have gone home; the setting has been used up or exhausted of its described function. Instead of a living room or ballroom or a church hall, we're looking at what has been spent there. It's almost a collusion of dread and euphoria at the same time. A free fall.

But also, regarding filth... I recently stayed at the Hilton Union Square in San Francisco. It is a gargantuan old-style hotel with three distinct towers (each with its own bank of elevators) and a cavernous lobby aspiring to grandness but achieving only a burnished institutionalism. To its credit, my hotel room had an exceptional view of the San Francisco skyline, but anyone who knows me well understands my troubled relationship with hotel rooms. I am not altogether pleased at living in a space where countless faceless strangers have fucked, shat, walked in their bare feet, drooled, sat around in their underwear, and projectile-masturbated. (I say 'faceless strangers,' but let me assure you that my imagination supplies all kinds of faces.) Every time I set my head down on a hotel room pillow, I can't help imagining a Dirty Sanchez enacted atop the very same pillow just last week. Even if the resentful housekeeping staff has laundered diligently, I am (to put it mildly) uncomfortable with the intimacy between my face and a stranger's anus achieved by a shared pillowcase. And even if it's just paranoia, an imagined event is (psychologically speaking) just as troubling as a real event if there is no objective means of distinguishing between the two. The so-called reasonable person will say, 'What are the odds?' Well, let me just say this: someone eventually wins the lottery. And if it's the fat-man's-anus-in-my-face lottery, you can bet your Murphy's Law that I'll be the winner. [As you might guess, I cover the pillow with a piece of my clothing before I go to sleep.] 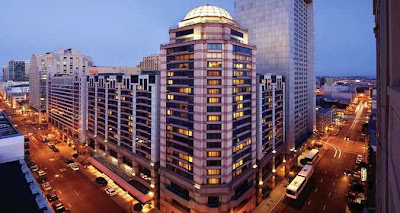 Hilton is an upper midrange hotelier, so for whatever deluded reasons, I was less worried there than I might be at a Motel 6 or the old mom-and-pop place along the highway (you know, the motel with the rust-colored carpeting—all the better for disguising the blood and urine stains). But I confess the bathroom bothered me. The drop-ceiling tiles above the shower were stained (and perhaps moldy?) and there was a suspiciously fecal-colored stain in the floor tiles that wouldn't come off no matter how hard I rubbed it with the bath towel. Every time I walked into that bathroom, my eye immediately went to the stain. It was like my eye was a starving man and that fecal-colored stain was a plate of nachos.

It's interesting that (in general) I'm not a big germaphobe. I think nothing of touching railings or public restroom doors or flushers. I don't wash my hands nearly enough. I don't experience a creeping sensation after I shake a stranger's hand. I never think twice about airplane seats or subway poles. There are certain places that my imagination won't go. I like to think that this is an innate preservation instinct. If I thought too much about everything, I'd never have time to worry about the really pressing anxieties, like sinkholes and dirty bombs and catastrophic meteor impacts.