To vote in the presidential election today feels about as momentous as the Pepsi Challenge. Either way, it's still cola.

I've been trying all these years to decide what cola tastes like, and just today I've decided it tastes like the first gradation of dusk in late August after a hard rain. The air is musky and so heavy you wear it like a fur. You can't see anybody around, but children's voices curl around every corner and echo through a shell of space all around me. The summer's closing up now. The slats are waiting to be nailed against the portal there. There's one eye open in the elementary school down the street—bright and watchful, it's from a checkerboard of overhead lights in room 112, where Mr. Poggioli tacks up concrete nouns to the corkboard.

After I decided what cola tastes like, I looked it up—y'know, for a second opinion. This is what I found out:

Cola is a carbonated beverage that was originally flavored and caffeinated by the kola nut, as well as by vanilla and other ingredients. However, most colas now use other flavoring (and caffeinating) ingredients with a similar taste.

The internet is so drearily literal. 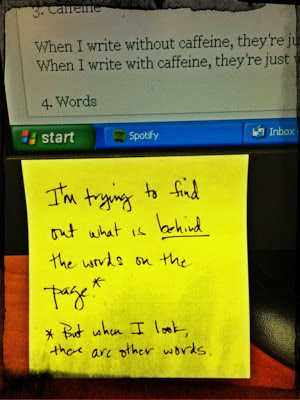 *What if there's an asterisk? Maybe this would all be mitigated if we just knew something else that we don't? And I'm not talking about god or faith or astrology or crystals—I'm talking about something real that we can't quite see because it's outside of the text... But isn't that religion?—by definition?**

**No, it's not. When someone explains something to us that we don't understand, his explanation isn't religious revelation. It's a logical mapping of interrelated elements. But who is the logical mapper? And who is the explainer? Aren't we tip-toeing around the concept of god? You can't change what something is just by renaming it.***

***I'm not changing anything. If you want to call it god, then call it god—but whatever it is, it doesn't lug around all that baggage you associate with divinity. It doesn't shoot lightning bolts out of its fingertips or turn wine into blood. It isn't a magician or a gypsy fortune teller. It's just someone who sees things clearly for once.****

****Well, okay. Maybe it can shoot lightning bolts out of its fingertips. Maybe it's everything you say it is. But if he's withholding the endnotes, then to hell with him anyway. I want to be mitigated now—I won't play games for anybody.*****

Who wants all that flipping? 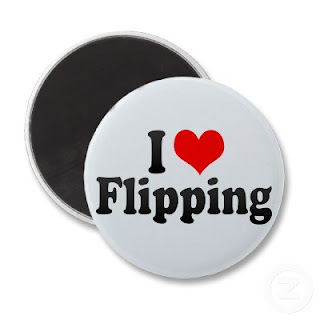