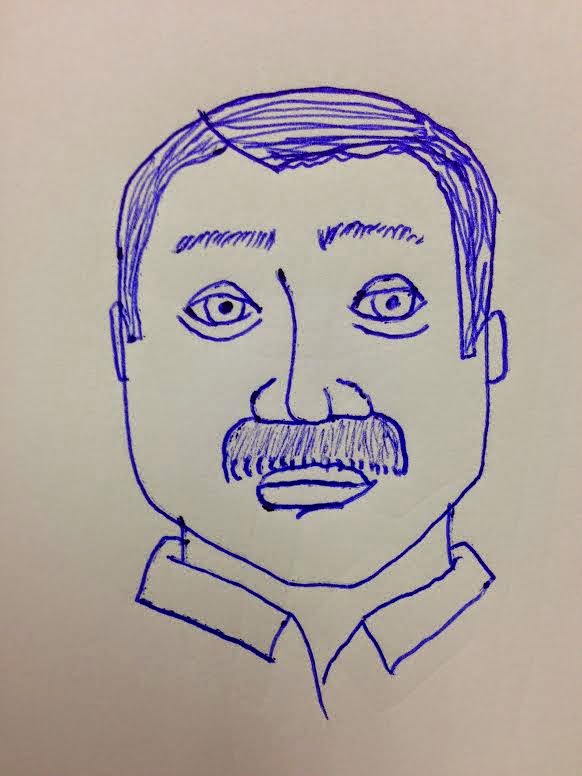 Apparently mustaches have been around since the year 300. It's difficult to imagine what would have possessed the first man with a mustache to shave all of his facial hair except the strip between his nose and upper lip. (He probably got some weird looks from people back in the day.) Whether it was for the sake of fashion or for some practical purpose that eludes me, his mustache probably made him a distinctive and unusual person.

But now it's seventeen hundred years later, and unfortunately the mustache has established itself as a standard in facial hair grooming—although it has gone through periods of relative favor and disfavor.

As a general rule, I'm not a big fan of things that are symbolic (either deservedly or not) of conventional masculinity. I don't like cowboys or pick-up trucks or guns or Sam Peckinpah or football or fraternities or muscle cars. I guess I could add Adam's apples and penises to that list, but those aren't elective symbols. They come with the territory.

Now a lot of mustache apologists might make the claim that facial hair also comes with the territory and should be exempted as such. But sorry. Exceptions will not be made. Facial hair (i.e., a beard) is a natural byproduct of masculinity, but mustaches in particular are not. I'm not aware of any male beyond the age of early pubescence naturally growing a mustache and yet not a beard. In that respect, it's a cultural affectation. And an ugly one.

I would be lying if I said that mustaches—at least in contemporary American culture—aren't somewhat emblematic of the working class. This seems to suggest a problem: When I say that I hate mustaches, maybe what I really hate are the people who often have mustaches. Perhaps the mustache itself is only a synecdoche, much in the same way that the broom mustache has become symbolic of Hitler.

Meanwhile, 'hipsters' (I'm not a fan of that word) have co-opted the mustache ironically, but I don't think this has done much to disassociate mustaches with the working class, in so far that the ironic reappropriation of the mustache is dependent upon that original link. For example, we may now associate trucker hats with hipsters, but underlying this correlation there is the understanding that it's the incongruity that makes the link possible.

Sometimes I'm surprised at just how hateful I am toward the mustache. You'd almost think it were Pol Pot. As with many things, my distaste for something takes on an almost moral character. When I was young and disturbed, my father made me listen to tapes by a woman named Julie White, Ph.D., who claimed (rightly, I think) that anxiety is often symptomatic of being raised by parents who can not distinguish between matters of taste and matters of morality. My parents were definitely that way, and I think I've unfortunately inherited this sensibility. Certainly, the tastes that my father and I enforce moralistically are very different from one another, but it's the dysfunction itself that unites us.

I find it amusing that my father made me listen to these tapes by Julie White, Ph.D., which were essentially damning of much of his parenting. He had of course not listened to the tapes himself.

In the 1970s and early 1980s, my father had a terrible mustache. When I look back at photos from that time, I am struck by how sinister it made him look. Maybe this is another underlying motive for my mustache hatred. I'm not sure. But if you ever see me growing a mustache, you know it's a good time to prepare my room in the mental institution. I should really draw up a living will that says something to that effect...
excreted by David at 9:41 AM