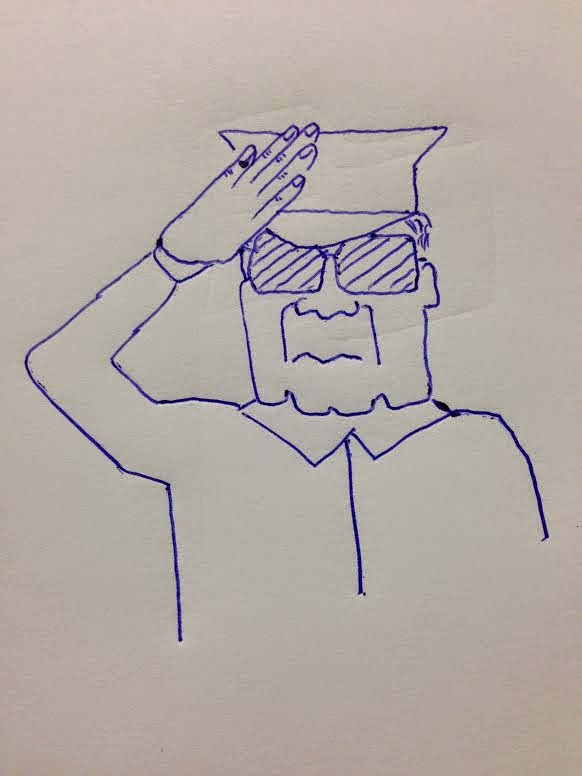 Obviously this is more controversial that hating mustaches. (Maybe.) Don't get me wrong. I think patriotism should probably exist; it's only that I really don't want any part of it. To be honest, when people are doing schmaltzy things like singing the national anthem or wearing American flag clothing or getting all solemn and reverent at the mention of the 'greatness' of the United States, I get really embarrassed. Part of this has to do with the specificity of American patriotism (barf!) and part of it has to do with my general ten-foot-pole stance on populism.

This is of course the interval in the discussion where some frothing-at-the-mouth veteran-fellator tells me to get the fuck out of this country.

Tut-tut, haters. I think I'll stay. But the reason I live in the U.S. generally has to do with my more immediate attachments to my home, my family, and my friends—as well as the comfort one finds in the familiar—than it has to do with any mythic quality that is exclusive to this geopolitical entity. By and large, the average person would likely not notice any remarkable distinction in terms of law and liberty among the Western nations.

What's amazing (and predictable) about patriotism is that it's often the people who are most patriotic who have never visited another country, outside of Canada perhaps or one of those Caribbean island nations that they visit on a cruise—and where they never venture beyond the borders of their Americanized resort or the precisely delimited tourist areas.

I should point out that while I hate patriotism I don't hate America. I like it. It's okay. It's nothing that inspires the passion that I associate with the rifle-toting right wingers, but it certainly hasn't appalled me enough to leave. In other words, it's functional, it suits my basic needs, and it's probably not worth the effort required to relocate anywhere else. Besides, I'm sure that every nation is annoying in its own way. I'm not holding my breath for a utopian state.

At the beginning of this post, I said that I think that patriotism should exist. I mean that. It's a necessary evil. If everyone in the U.S. were as apathetic about national identity as I am, our security would probably be at risk. Who would fight off foreign invaders if everyone was all 'meh' about the country in the first place? But I don't even need to go as far as introducing invaders to the equation; the U.S. would be in a constant state of political turmoil and internal strife if people weren't committed (with some degree of passion) to honoring its historic values: states would secede; the constitution would probably be endlessly revised and discarded; and the nation would always exist on the precipice of dissolution.

It pains me to say it, but we actually need those flag-humping nutjobs. Of course, their more radical and vitriolic iteration of patriotism isn't a prerequisite, but extremism always seems to come with the territory where some kind of cultural identity is involved—religious, racial, national, etc.

What I am doing is mooching on the patriotism of others. And I don't feel guilty about it. My guilt is preoccupied with more personal matters.