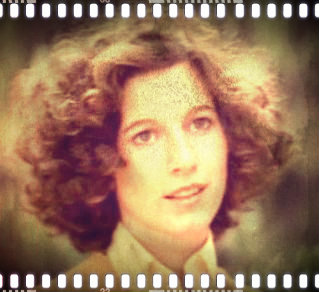 What is the name for paranoia when it's perfectly justified?  Is it still paranoia--or does it become something else? In John Carpenter's Halloween, Laurie Strode's frenemy Annie Brackett (Nancy Loomis, above) calls her up and chews into the phone. That's right: she doesn't speak, just chews. Laurie--a bit of a noodly neurotic to begin with--becomes increasingly agitated by this ominous chewing--especially since a creepy guy in a mask and coveralls has been (allegedly) following her around. (Or are we 100% sure that wasn't Devon Graham in his mother's station wagon?) Laurie slams down the phone. It rings again...


ANNIE: Why'd you hang up on me?
LAURIE: Annie, was that you? ... Why didn't you say anything?
ANNIE: I had my mouth full! Couldn't you hear me?
LAURIE: I thought it was an obscene phone call!
ANNIE: Now you're hearing obscene chewing! You're losing it, Laurie.

Aside from demonstrating that Laurie has the worst taste in friends since Julius Caesar, this scene is also an effective illustration of justified paranoia. We--the audience--know that Laurie is right to suspect the chewing is obscene, even if it's not.

I like to think that I am a good judge of when to hear chewing obscenely or not. It's a subtle art that distinguishes the true padded-cell paranoiacs from those of us endowed with an innate (and entirely justified) sense that all the forces of the universe are conspiring against us. This art--of knowing how to hear chewing--is what separates the delusional from the genuinely persecuted.

Now I'm hearing obscene chewing.
excreted by David at 11:15 AM