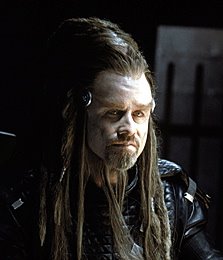 Why does Scientology bother me so fucking much? I mean, if a bunch of idiotic celebrities with loads of cash to burn want to belong to some dipshit cult involving aliens and reincarnation and—I don't know—unicorns, then more power to them, right? This is a free country. (In theory.) Why is it any more galling than Roman Catholicism—a dusty, anachronistic front for pedophiles—or Protestantism—which is really just an ideological rationalization for rednecks to persecute dissenters when racism, homophobia, and nationalism grow tiresome. So why in the hell am I picking on Scientology, when in fact its followers are numerically insignificant and the religion itself is a punchline in much of our society? Good question, Hypothetical Reader...

Katie Holmes was of course the one who got me thinking about Scientology again—which I try to avoid because it inevitably leads to an impotent rage. Of all the kinds of rages to have, the impotent ones are the worst. Why can't Scientology be a porcelain vase that I can take to the back patio and smash to bits with a hammer? I can keep pounding on the individual shards (while wearing suitable eye protection, naturally) until all that's left is a fine dust. And I can run my fingers through the dust and rub it across my face and cackle with malicious glee until my voice resounds throughout the neighborhood. (By then, an audience of neighbors will have gathered on an adjacent lawn to confer with each other. In my crazed eyes, they see their property values plummeting.)

I've given this some thought, and here's what I've come up with: The major religions, Christianity, Islam, Judaism, Buddhism, and so on, are old religions, and as such, their origins are obscure to us. We are not acquainted in any meaningful with the thought processes of the founders of the faiths; all we have are ancient texts (narrative or didactic and proscriptive in nature) conceived in the early days of these long traditions, vetted by history, custom, and one's ancestry. In fact, the lifespan of these religions lends them, to a modern adherent, a timeless and universal quality. They do not seem like invented doctrines but merely the interpretation and transcription of natural (and, yes, supernatural) truth. I do not agree with this understanding of religion or any of its justifications, but the impetus to faith certainly seems more persuasive in this light. The occluded origins, the burden of inheritance, and the implied connectedness to ancient (primitive—or primal) peoples reassures us somewhat, even if these are not actual reasons which can withstand the scrutiny of skepticism.

Now, let's think about Scientology by way of contrast. The 'religion' was founded as recently as the 1950s and owes its inception to one man, L. Ron Hubbard, who died in 1986. I mention the year of his death to highlight the fact that no doubt many people are alive today who have spoken personally to L. Ron Hubbard. There remains a once-removed connection to the source of Scientology; that is how new it is. The question I'm leading up to is this: since Scientology was founded in an age of scientific scrutiny and it was developed by one man, how are we to understand this one man's relationship to such an obscure, scientifically unfounded 'truth'? The origins of Christianity are mysterious—of an entirely different age, during which we often (mythically) suppose that humankind had greater access to nativist truth. This cultural foundation, distant and mystical, is rendered all the more convincing because it is incomprehensible. This seems paradoxical at first, but since we feel alienated from our ancient heritage, since we can not speak its language or question it on its own terms (because we don't even know how), we are more inclined to take its word for it. The immanent truth of Christianity, for instance, has been translated among countless cultural languages—not languages of the alphabet, of course, but the extended languages which comprise the underlying systems which derive a given culture. In other words, since we can not 'read' the origins of the old religions, we must trust the narratives which convey its meaning as nearly as possible.

Now Scientology is another story altogether. Not so long ago this man L. Ron Hubbard lived in our world—the world we live in, by and large, today. He was available to be asked, 'What the fuck are you smoking, L.?' His worldview incorporated: reincarnation; a creation story asserting that the universe was formed for the amusement of primordial thetans; a spiritual amnesia—resulting in humans failing to recall their (essentially divine, omniscient) thetan nature; and an intergalactic tyrant named Xenu who lived millions of years ago. W—as the kids say—TF? You can't actually expect anyone to jump on this bandwagon can you, Mr. Hubbard? We're just supposed to (I guess) take your word for it—because you say so? Through what means or on what basis were these things revealed to you? You, after all, live in our world; we're required to ask—we're required to doubt—we're required to put you away in a mental institution, in fact. Delusions of grandeur, anyone?

When we have a close encounter with a religion's birth, there is no smokescreen of primitivism or mysticism to hide it from our scrutiny. It is naked and ugly in the unforgiving light of the moment—our moment. We can see that you're the man behind the curtain, Mr. Hubbard. There are no ancient rituals, no beautiful cathedrals and temples. This is it. You're just standing there, talking to us about aliens, reincarnation, and cheesy pop psychology. And you expect us to—what? Give you thousands and thousands of dollars so we can advance in your 'religion'? This is too much. Too much for satire even. If an author dreamt up such a ridiculous satirical novel nowadays, he'd be criticized as over-the-top and obvious. No one is ever going to go for any of this bullshit. Maybe you could pull that off in Medieval times when people were boring holes in the skull to let the evil spirits out, but now...? No fucking way.

Well... it all just goes to show you... Never underestimate the stupidity of human beings.

Can you just imagine how frothing-at-the-mouth pissed-off he is right now? He's probably twitching and sputtering and firing people. I like to visualize his impotent rage. It's a small but real consolation to mine.
excreted by David at 6:55 PM

Email ThisBlogThis!Share to TwitterShare to FacebookShare to Pinterest
file under: religion, scientology